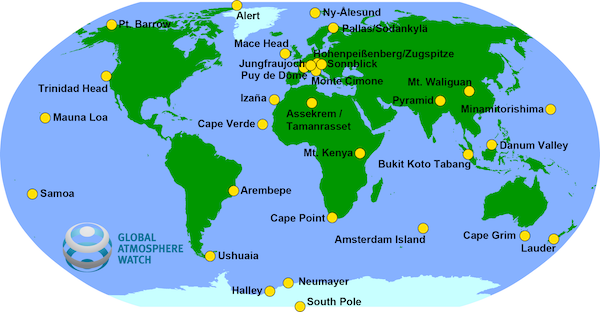 To join the GAW network please click here for information

In recent years satellite programmes have produced important measurements of atmospheric compounds and related parameters that complement the GAW network measurements. When highly accurate local measurements from GAW ground-based stations are coupled with the near global coverage of satellite measurements it results in a more complete picture of atmospheric composition and processes on global scales, and provides complimentary checks of instrument calibrations. The Committee on Earth Observation (CEOS) has developed a strategy for such co-operation within an integrated system for monitoring of the atmosphere (WMO/GAW Report No.140 ).