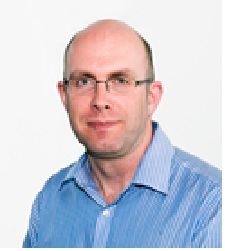 Dr Lang is the Chair of ET-GSD. Since joining UK Met Office in 1998, Dr Lang worked mainly in operational forecasting roles, including Chief Forecaster and Chief Hydrometeorologist. He is now Head of Civil Contingencies, with responsibility for warnings and the team which advises UK government and resilience around severe weather. He has been involved in WMO Expert Teams for over 10 years.

Ms Carolina Cerrudo is the Co-Chair of ET-GSD. She is a meteorologist with post-degree social sciense studies in “Public Communication of Science and Technology”. She is currently working in the Services and Applications area at the NMS of Argentina. She is engaged in laying the foundations for IBF future implementation and in the early warning system improvement plan. She has many years of experience in science outreach, organization and coordination of workshops and training focused on extreme meteorological phenomena communication, services applications for users, and elaboration of high impact weather events reports. She has been involved in WMO Expert Teams for the last 5 years.

Mr Fleming worked for 37 years with Met Éireann as a weather forecaster and a weather broadcaster, leading the TV weather team for about two decades, then spending 9 years as Head of Forecasting. For WMO, he was Chair of the Expert Team on Media Issues for 6 years, then Chair of the Programme on Public Weather Services for 15 years

​Ms Viljoen joined the South African Weather Service (SAWS) in 2011 in the National Forecasting Office as an operational weather forecaster. From 2016, she joined the Disaster Risk Reduction branch, where she has been a key role player in the development and implementation of the Impact-Based Severe Weather Warning System for South Africa. In this role, she works very closely with Disaster Managers at all levels around the country.

Mr Hon is currently an Acting Senior Scientific Officer at HKO responsible for the development of new High-Impact Weather (HIW) services for the general public.  He also leads the development of numerical weather prediction (NWP) at HKO including a 200-m resolution model suite as well as mesoscale ensemble prediction & assimilation systems. Previously he was involved in  Aviation Weather Services where he led a number of initiatives including a new short-range LIDAR turbulence alert for the Hong Kong International Airport (HKIA), the first aircraft wake turbulence measurements in Hong Kong, and tropical cyclone reconnaissance over the South China Sea, using instrumented aircraft and dropsondes.

Mr Morgan joined the Bureau of Meteorology in 2000, and worked as a weather forecaster providing severe weather, pubic weather and aviation services for 10 years. He then joined the Weather Services Policy team, and was involved in several major service improvement projects. he now leads the Severe Weather Team, who are responsible for the delivery, performance management and improvement of tropical cyclone, fire weather, heatwave, thunderstorm and air quality services.

Since joining and training at MetService in 1998, Mr Noble gained 16 years of operational experience in all disciplines of weather forecasting. He then led the Severe Weather Services section for 6 years, with responsibility for national forecast policy, public warning services and operation of TCWC Wellington. He is now MetService’s Senior Meteorologist in our Science Strategy division, contributing to enhancing our forecasting capability, external engagement, and overseeing meteorological research, forensic meteorology and forecast verification functions.

Ms Ryan has been working as a weather forecaster with Met Éireann (the Irish Meteorological Service) since 2006, and as a TV meteorologist since 2010. Before this she briefly worked as a weather observer in Dublin Airport. She was also involved in the Climate Ambassador Programme, a non-profit organisation which sees schools awarded and acknowledged for their green efforts.

Mrs Sabai is a meteorological engineer. She joined national meteorological service of Morocco in 2015. Currently she is a webmaster of web systems which provides online products to users and clients. She also contributes to the development of special products according to user’s needs. She has been taking part of WMO Expert Teams since 2019.

Mr Kurose joined JMA in 2014. He had been engaged in system management, planning policy of aviation weather forecasting. From 2019 to 2020, he worked as officer of Tokyo Metropolitan Government. Since 2021, he has been working in the Weather Disaster Mitigation Division, Atmosphere and Ocean Department and been in charge of flood management including flood warnings/forecasts.

Dr Willemse joined MeteoSwiss after her PhD in atmospheric sciences in 1995 as a weather forecaster. She left in 2000 to do a Masters in Enterprise Sciences and worked until 2008 in other fields, mainly in business process management. In 2008 she came back to MeteoSwiss to take over the position of research coordinator and in 2016, changed and became responsible for the coordination of business continuity management, BCM. At the same time, she also started as representative of MeteoSwiss in the national committee of institutions responsible for natural hazard warnings and in other international committees. Since 2020 she is the team leader of the newly established team “warning systems”, and she leads a project that aims to develop the new generation of the warning system of MeteoSwiss.