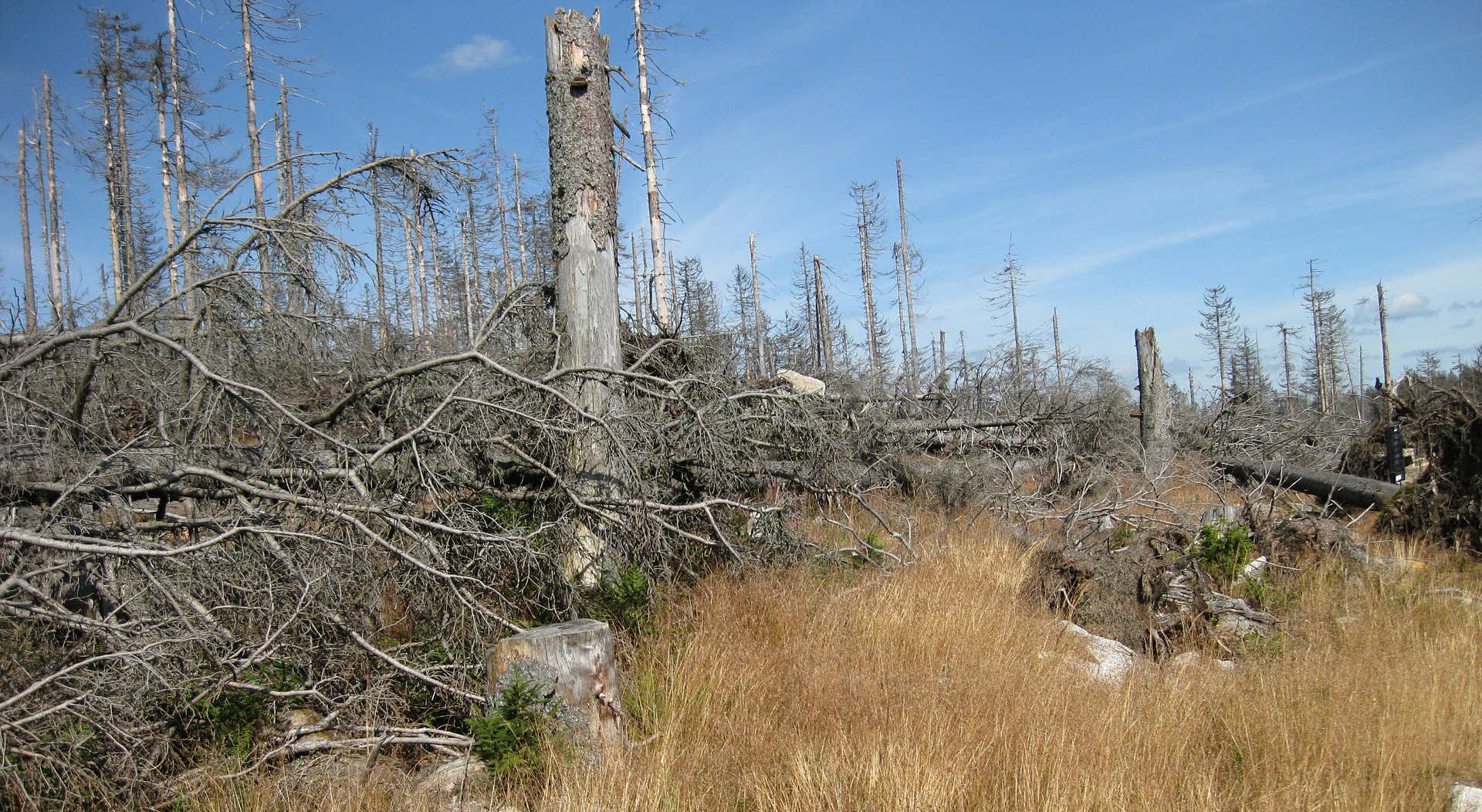 When excess of nutrients are either dry-deposited or mix with atmospheric water and are washed out of the atmosphere, negative impacts can occur, such as acid rain,  eutrophication of fresh water bodies and food crop loss. Learn more about atmospheric deposition and its effects here.

Determining those areas of the world where atmospheric deposition is greatest and could therefore have the greatest impact is key to protecting those places from the negative impacts of deposition of atmospheric pollutants.

Atmospheric deposition is linked the UN's Sustainable Development Goals (SDGs). Deposition of certain atmospheric pollutants, such as reactive nitrogen, sulphur, ozone, mercury and black carbon, has the potential to affect human health and cause severe damage to ecosystems and vegetation, negatively impacting agricultural productivity and compounding the effects of climate change.

Ozone deposition to vegetation, for example, seriously affects the sustainable provision of food, feed and fibres worldwide (SDG 2 - Zero Hunger). In addition to its direct contribution to radiative forcing, ozone can also affect radiative forcing indirectly through damage to vegetation, which reduces plant productivity, thereby leading to decreased carbon dioxide uptake resulting in more carbon dioxide in the atmosphere (SDG 13 – Climate Action) (IPCC, 2013; WMO, 2018). Ozone damage has been estimated to cause worldwide economic losses in the range of US$ 10–20 billion due to its deleterious effects on staple food crops such as wheat, soybean and maize (Avnery et al., 2011). The estimated annual yield loss due to ozone (ozone yield gaps, mean of 2010–2012) is by 12.4%, 7.1%, 4.4% and 6.1% for soybean, wheat, rice and maize, respectively, adding up to 227 Tg of lost yield (Mills et al., 2018). An example of ozone-induced plant damage and how it gets worse over time is shown in Figure 1. The older leaves on a plant will show more damage than the younger ones as the former will have been exposed to ozone for a longer period.

Measurements of atmospheric deposition and the Measurement-Model Fusion technique

Measuring atmospheric deposition is not a simple task. Measuring wet deposition usually involves collecting precipitation samples and measuring the concentrations of the targeted pollutants and the depth of the precipitation. This process takes times and means that the results are not readily available to be incorporated into numerical weather prediction models, for example.

Dry deposition is commonly estimated by measuring the concentrations of gases and particles near the Earth’s surface and using computer models to calculate their associated dry deposition velocities, that is, the speed at which these pollutants are deposited to the Earth’s surface.  Both methods require expensive and sophisticated measurement networks that operate over large areas, such as those coordinated by GAW. Wet and dry deposition are also estimated by chemical transport models (CTMs), which combine emission inventories with meteorological and atmospheric process models over regional and/or global scales. Both the measurement and modelling approaches have specific advantages and disadvantages but neither is perfect.

Current maps of atmospheric deposition on a global scale are based on a limited set of measurements or the predictions of CTMs. Both types of maps contain large uncertainties: Deposition measurements are sparse or non-existent in large areas of the world, that is, Africa, Asia, Australia and South America and over the oceans, and chemical transport models are necessarily reliant on assumptions and simplifications in their emission budgets and parametrizations.

In order to overcome the limitations and maximize the benefit of both approaches, a new method of creating deposition maps, called Measurement-Model Fusion (MMF), has been developed. MMF merges best-available measurements of both wet and dry deposition, including atmospheric concentrations, with best-available CTM estimates of deposition using statistical methods. The technique “nudges” or adjusts model estimates closer to true values by incorporating or “assimilating” measurement values, much in the same way that observations of meteorological variables, such as temperature, wind speed, wind direction and relative humidity, are assimilated into numerical weather prediction (NWP) models in order to improve the accuracy of weather forecasts. Unlike NWP, however, atmospheric deposition measurements cannot be incorporated into deposition models in real or near-real time as deposition-related measurements need to be processed and analysed post-collection. Instead, observations are assimilated at a later stage or retroactively.

Increasing levels of airborne pollutants deposited either through gravity or washed out by rain can result in detrimental effects to crops, human health and vulnerable ecosystems by altering critical and delicate chemical balances. Identifying areas most at risk and which would most benefit from measures to control excessive pollutant loads is crucial.

The Measurement-Model Fusion for Global Total Atmospheric Deposition (MMF-GTAD) Project has the main goal to produce global atmospheric deposition maps of pollutants such as ozone, nitrogen species, sulphur dust and aerosols. These maps will provide governments, policy makers and international organizations with a tool that will support informed decisions on how to manage pollution deposited on the ground, water bodies and ecosystems and minimize its negative impacts.

An Expert Meeting on Measurement-Model Fusion for Global Total Atmospheric Deposition (MMF-GTAD) from 26 to 27 February, held at WMO headquarters, agreed to set up a science steering committee, backed with the commitment of the assembled scientists, to chart the project's way forward.

To produce the most accurate estimates of atmospheric deposition scientific methods that combine model simulations and field measurements were appraised. The needs of user communities related to agriculture, ecosystems and human health were assessed to ensure these drive the development of such tools. 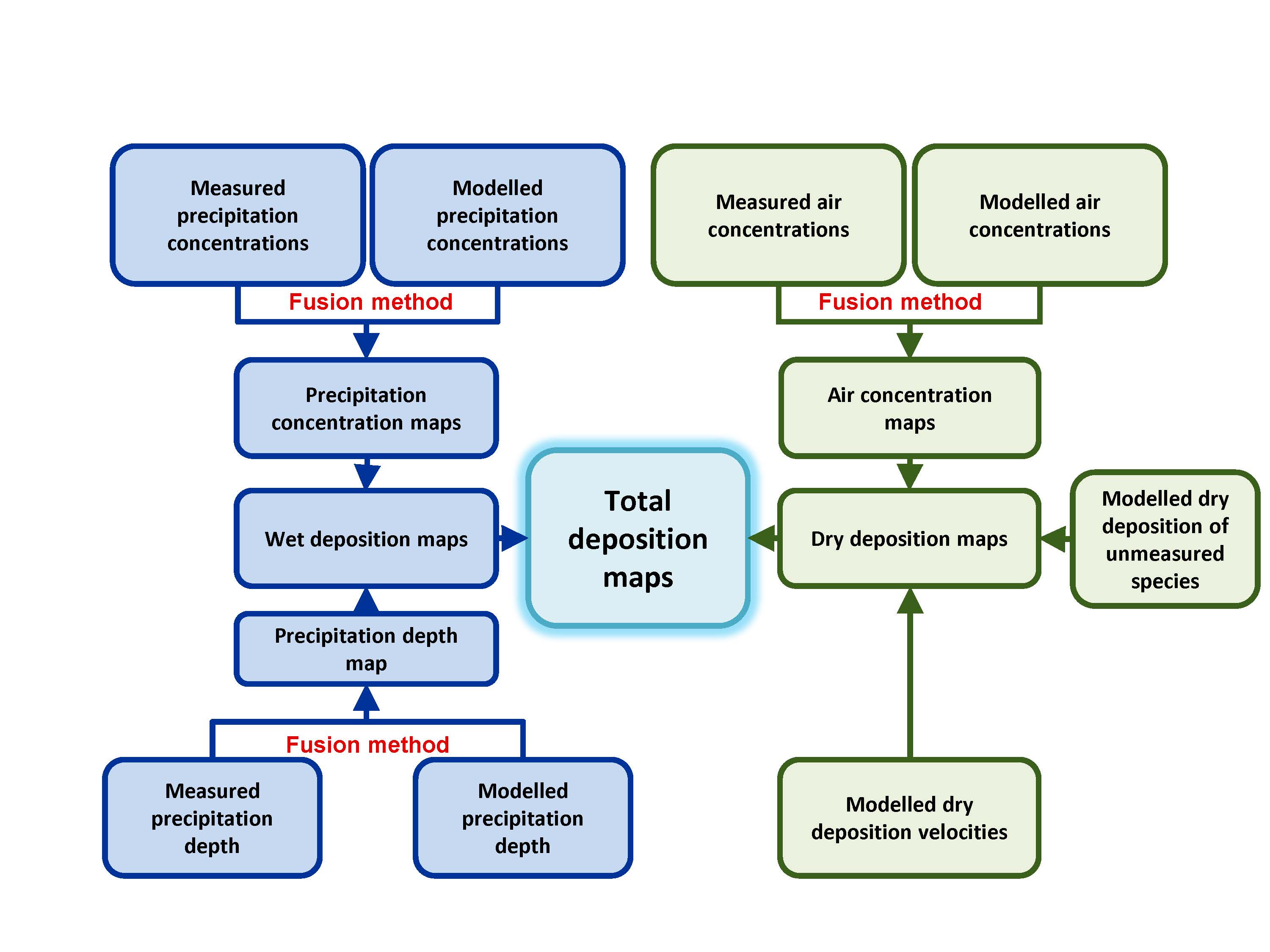