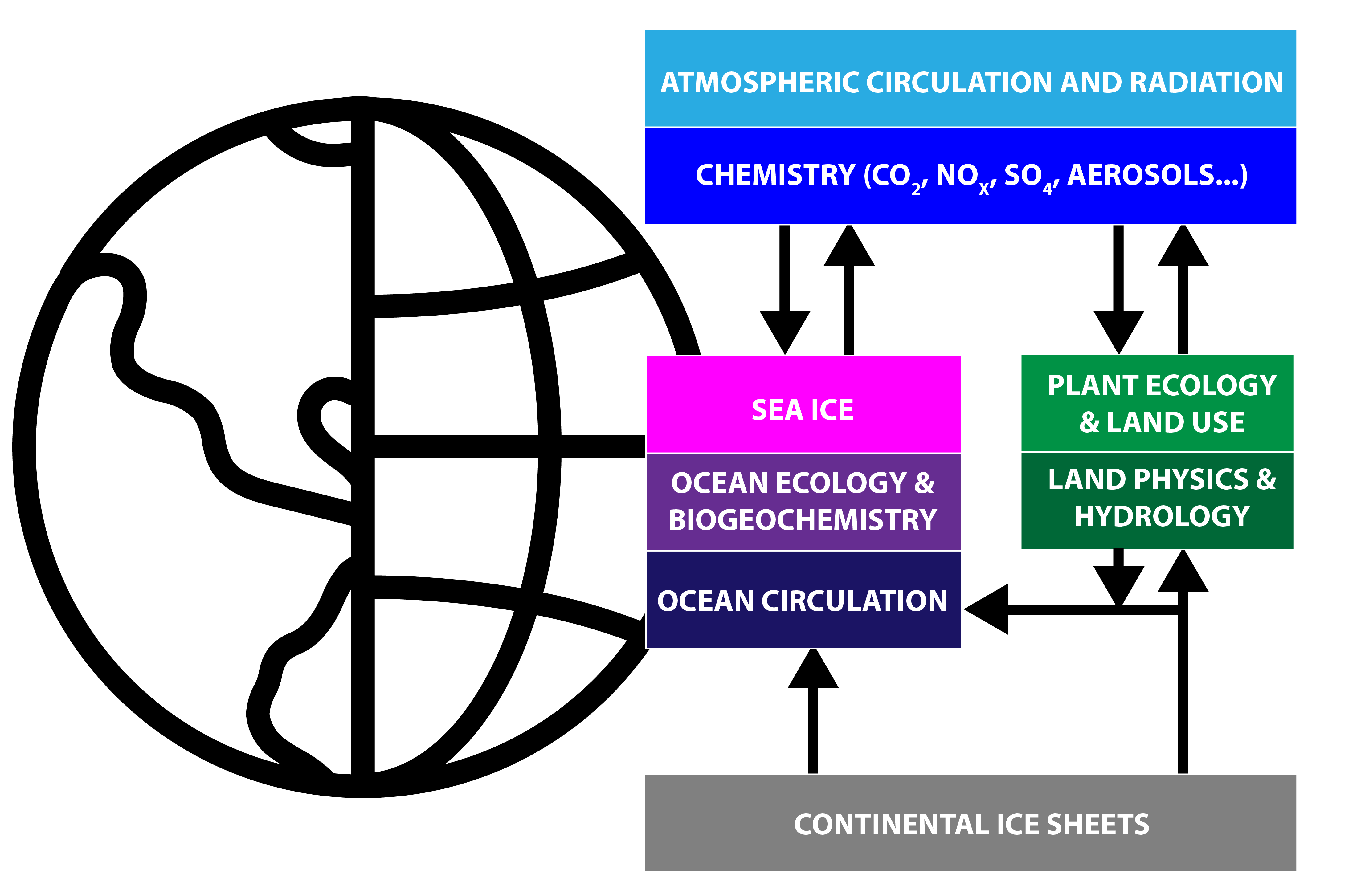 Following Shapiro et al. (2010), the Earth system encompasses the atmosphere and its chemical composition, the oceans, land/sea ice and other cryosphere components, as well as the land surface, including surface hydrology and wetlands, lakes, and human activities.  On short time scales, it includes phenomena that result from the interaction between one or more components, such as ocean waves and storm surges. On longer time scales (e.g., climate), the terrestrial and ocean ecosystems, including the carbon and nitrogen cycles and slowly varying cryosphere components (e.g., the large continental ice sheets and permafrost), are also part of the Earth system. 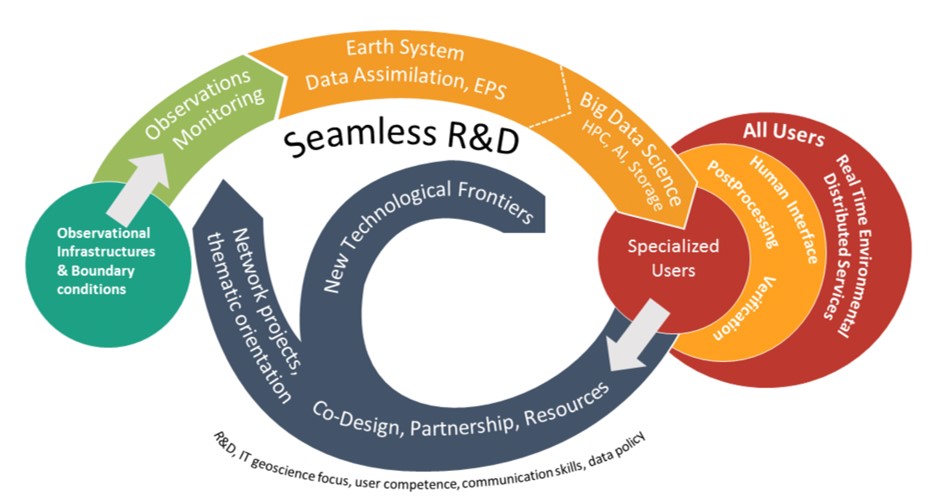 The value cycle approach (Day 1999) extends the idea of a value chain, originally developed in an economic context (Porter 1985), by adding an interaction with users to the process. Such a value cycle approach provides a useful means to guide Earth system science and ensure its societal benefit. The generation and delivery of services using seamless Earth system information can be depicted in such a value cycle, encompassing the production (observation, model development, forecasting) of services, the dissemination to users (ways of provision, communication, tailor-made products), perception and decision making, and the outcomes and values, as exemplified in the figure. The processes connecting those steps along the cycle and the feedback between them are essential for its functioning (Ruti et al. 2019).