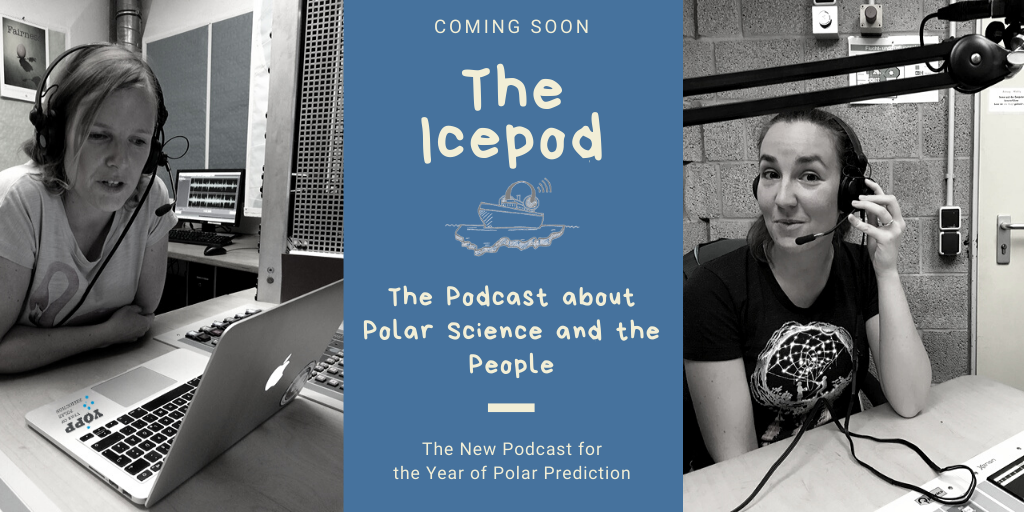 The IcePod is the podcast about polar science and the people. As a contribution to the YOPP-endorsed MOSAiC ice drift campaign, the International Coordination Office for Polar Prediction (ICO) has launched a series of podcasts entitled The IcePod.

The IcePod is the official podcast of the YOPP initiative to improve weather and sea-ice forecast in the Arctic and Antarctic. Monthly episodes will feature a scientist involved with both the YOPP and MOSAiC. After two short trailers released in September and October, the first episode of The Icepod, entitled "The First Time" is now available. In an interview with Kirstin Werner and Sara Pasqualetto from the YOPP International Coordination Office, climate scientist Thomas Rackow tells about his duties as a YOPP modelling lecturer for the MOSAiC school aboard the Russian research icebreaker, Akademik Fedorov, that accompanied Polarstern on her transit into the central Arctic sea ice in September and October 2019. Hear more from Thomas Rackow talking about his support of setting up the distributed instrument network on the sea ice around Polastern and how this unique experience will likely impact his future life of a scientist.

The IcePod is produced in collaboration with the community radio station Radio Weser.TV and will be available on all common podcast platforms, including Spotify, Apple Podcast, and Castbox.

To access the podcast with Spotify, go to:
https://open.spotify.com/show/0uNGiEiVxPZGfb1dtzmoof?si=LWqH1mGQTgevif4y...

To access the podcast with Apple Podcasts, go to:
https://podcasts.apple.com/de/podcast/the-icepod/id1480223567

To access the podcast with Castbox, go to:
https://castbox.fm/channel/The-IcePod-id2373890?country=us