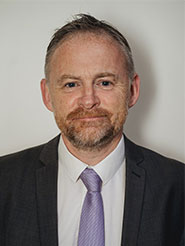 Ian Lisk is the first president of the World Meteorological Organisation (WMO) Commission for Weather, Water, Climate and Environmental Services (SERCOM).  Since SERCOM was established in July 2019, Ian has led the development of new structures and partnerships to better coordinate and oversee the delivery of ‘useful, usable and used’ services to better protect and save lives and livelihoods around the world.

Ian has worked for the UK Met Office in a variety of forecasting, training and senior management roles for nearly 34-years and has been involved in the work of WMO since 2003, primarily through the former Commission for Aeronautical Meteorology (CAeM) where he served as vice-president from 2010-18 and as the last CAeM president from 2018-19.  Ian is based in Exeter in the south-west of England and is married with three children. 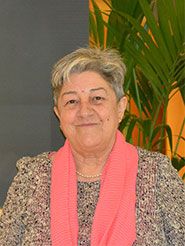 Manola Brunet was elected in 2019 as vice-president of the World Meteorological Organisation (WMO) Commission for Weather, Water, Climate and Environmental Services (SERCOM) and chair of the SERCOM Standing Committee on Climate Services (SC-CLI), which is aimed at large broadening the provision of policy- and decision-supporting climate information and services. Formerly, Manola was the first woman chairing a WMO technical commission; namely, the Commission for Climatology.

Manola has worked for nearly-40 years at the University Rovira i Virgili de Tarragona, Catalonia, Spain, as professor in Climatology with a focus on instrumental reconstruction and analysis of the climate at different time and spatial scales. Manola has been involved in WMO activities since the early 2000s with responsibilities in the area of climate monitoring and assessments and in the recovery and development of meteorological observations in support of climate analysis. 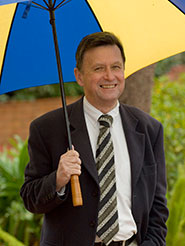 Roger Stone was elected in 2019 as vice-president of the World Meteorological Organisation (WMO) Commission for Weather, Water, Climate and Environmental Services (SERCOM). Roger is also the elected Chair of the Standing Committee on Services for Agriculture (SC-AGR) under SERCOM, developing and spearheading the strategic development of the work of SC-AGR in key themes such as drought preparedness, food security, and agricultural risk management.

Roger’s career commenced in weather forecasting (especially aviation weather) in the Australian Bureau of Meteorology and, following completion of further degrees and a PhD, then moved into climate science, and agriculturally-focussed applied climate science, working in a number of national and state-based government departments. Roger is now Professor in Applied Climate Science at the University of Southern Queensland, Toowoomba, Australia. In his university role, Roger has created the Queensland Drought Mitigation Centre and is closely involved in securing and managing major global research projects in climate risk management for agriculture, including new aspects of climate-risk finance. Roger has been involved with WMO since 1996, primarily through the former Commission for Climatology and Commission for Agricultural Meteorology and has served as Australian Delegate on numerous WMO Congress meetings. Roger was also elected in 2018 to the position of President of the former Commission for Agricultural Meteorology. 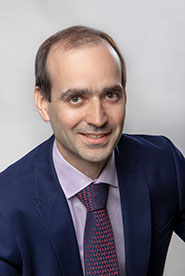 Yuri Simonov was elected in 2021 as vice-president of the World Meteorological Organisation (WMO) Commission for Weather, Water, Climate and Environmental Services (SERCOM). Yuri is also Chair of the Standing Committee on Hydrological Services (SC-HYD) under SERCOM, where he is responsible of implementation of the workplan of the committee in the fields of hydrological forecasting, water resources assessment, contribution to MHEWS, and other activities.

Previously Yuri has been actively involved in former Commission for Hydrology (since 2013) where he lead hydrological forecasting activities of the commission, including development of the Assessment Guidelines for flood forecasting and early warning systems, support of Flash Flood Guidance System, as well as Coastal Inundation Forecasting Initiative.