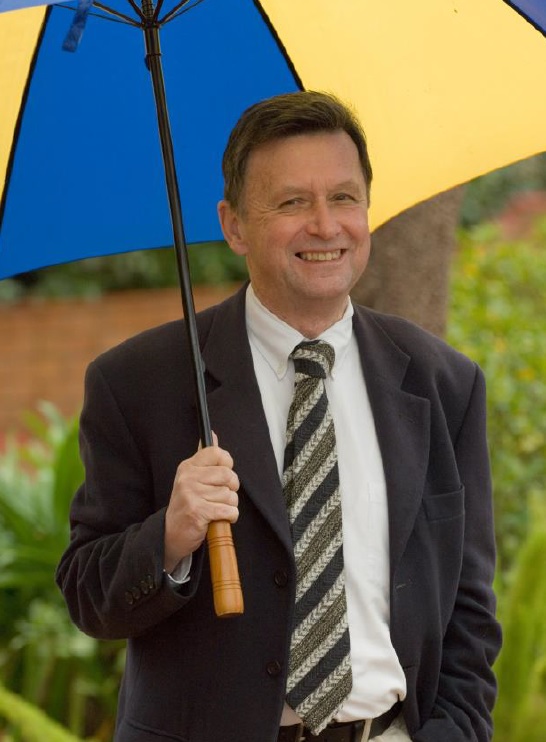 Professor Roger Stone (PhD) is a professor in climate science and Director of the Centre for Applied Climate Sciences at the University of Southern Queensland, Australia, specializing in climate-agricultural-water resource-climate-finance applications research. Professor Stone has 35 years of experience in meteorology and climate science, especially applied climate science, appropriate for agriculture, drought, and commercial needs (eg trading/insurance/value chain issues). Roger held the position of President of the Commission for Agricultural Meteorology within WMO and has more recently been elected as Vice President of the Commission for Weather, Climate, Water, and Related Environmental Services and Applications (SERCOM) and as Chair of the Standing Committee on Services for Agriculture, within SERCOM and the World Meteorological Organisation. 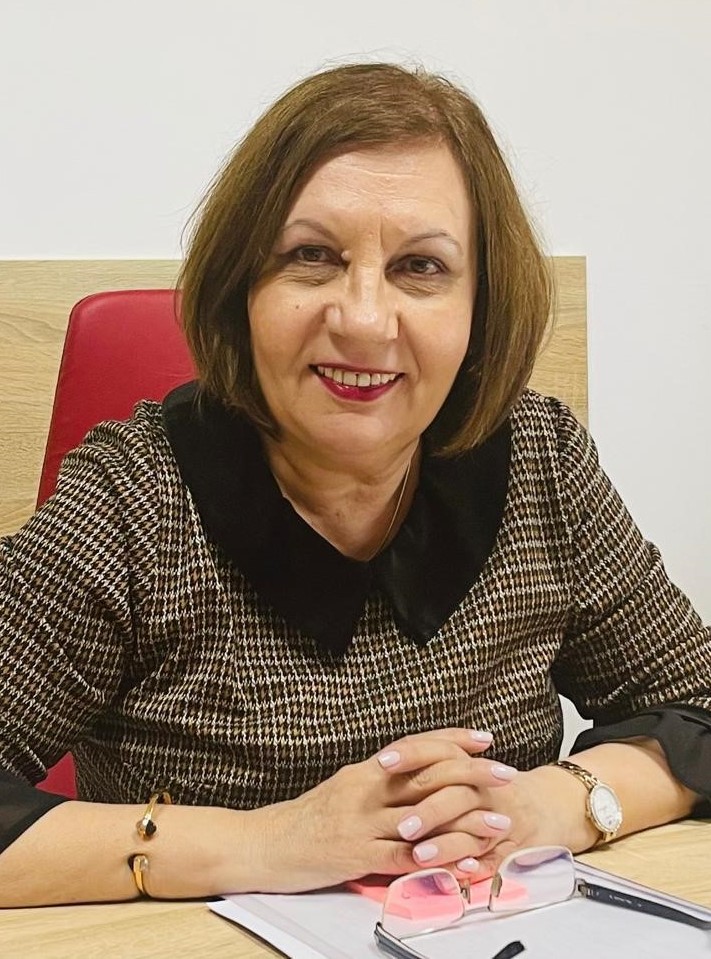 Mrs. Elena Mateescu is currently the Director-General of the Romanian Meteorological Service, Permanent Representative of Romania with World Meteorological Organization (WMO), and adviser to the President of the Regional Association (RA) VI (Europe) within the Executive Council of WMO. With a Ph.D. title in Agronomic Sciences, she is also an associate professor at the University of Agronomic Sciences and Veterinary Medicine of Bucharest (USAMV) and a corresponding member of the Academy of Agricultural and Forestry Sciences “Gheorghe Ionescu-Şişeşti”. Dr. Elena Mateescu has more than 30 years of experience in engaging the research in the agrometeorology field and assessment of the climate change impacts on socio-economic sectors such as: agriculture and food production, water management, biodiversity, and environment protection. Beside her longstanding important engagement in the WMO Technical Commissions, she is also the promoter of the initiative for the establishment of the Regional Agrometeorological Centre within WMO RA VI (Europe) in Romania. 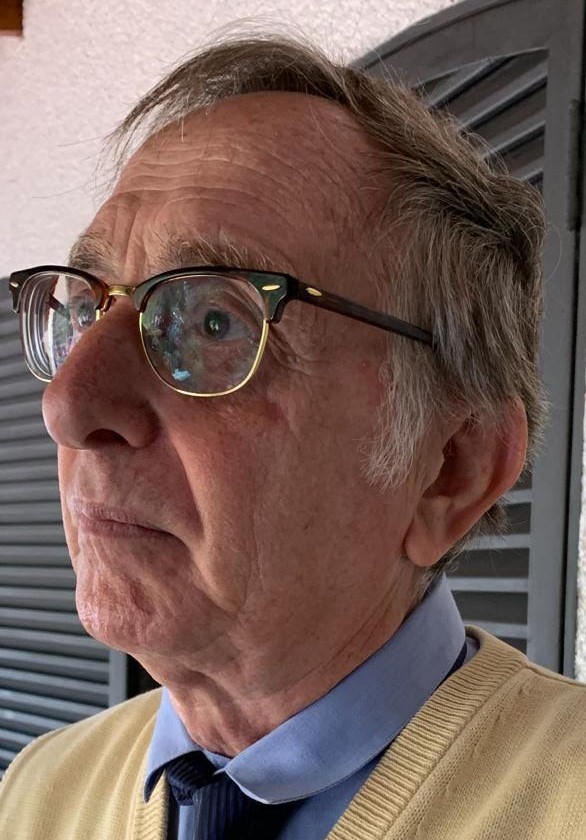 Dr. Brunini, Agronomy Engineer, has a Master Degree in Nuclear Energy in Agriculture and a Ph. D in Agrometeorology (from U. of Guelph-Canada) He is a Senior Scientific Researcher – in the field of Agrometeorology, He is actually President of the Foundation to Support Agriculture Research. He implemented a meteorological network of about 204 weather stations in the State of São Paulo. He has been engaged in research activities as: operational agrometeorology, micrometeorology, soil moisture estimation, crop water balance, crop zoning, and plant adaptation as a function of climate change scenarios. A former professor of Agrometeorology and Micrometeorology at the University of Sao Paulo(USP), teaching for graduate and undergraduate students. Member of the former CAgM commission as chair or co.-chair of the focus areas and former Vice President of CAgM. Former member of the scientific Council of CEPAGRI/UNICAMP, and the University Council of UNICAMP-He has supervised Doctor-Master and pos-Doctor students. He was Vice-President of the Global Federation of National Associations of Agrometeorology, from 2016 to 2018. He is representative of Brazil to the Agrometeorology Group of the Regional Association III, of the World Meteorological Organization. He is actually Vice President of the International Society of Agricultural Meteorology (INSAM), and a member of the SAFOAM.(South Asia Forum on Agriculture Meteorology) 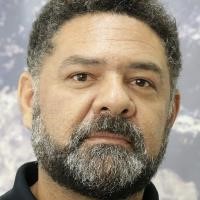 Prof. Justino holds a Bachelor's degree in meteorology from the Federal University of Paraíba, Brazil (1996), masters in Oceanography (physical oceanography) from the University of São Paulo (2000), and PhD in meteorology by the Leibniz-Institute of Marine Research (2004) in Germany, and a pos-doctor fellow in atmospheric sciences at the University of Toronto, Canada. In 2015 -2016 joined the Byrd Polar Climate and Research Center at The Ohio State University in a sabbatical leave. He has experience in the field of Geosciences, emphasis in meteorology, working mainly on the following themes: Ocean-atmosphere interaction, climate changes (past, present and future), climate extremes and agricultural aspects and food security related to climate. In 2002, won the award for best work as junior scientist from Helmholtz's Foundation in Germany. He became Simon associate at the Center for Theoretical Physics of Trieste in Italy (ICTP/UNESCO).

As professor at the University Federal of Viçosa (Brazil) , since 2006, Prof. Justino has supervised 21 Master Students and 22 PhD students. In collaboration with international colleagues has published 81 articles most of them in peer-reviewed journals. 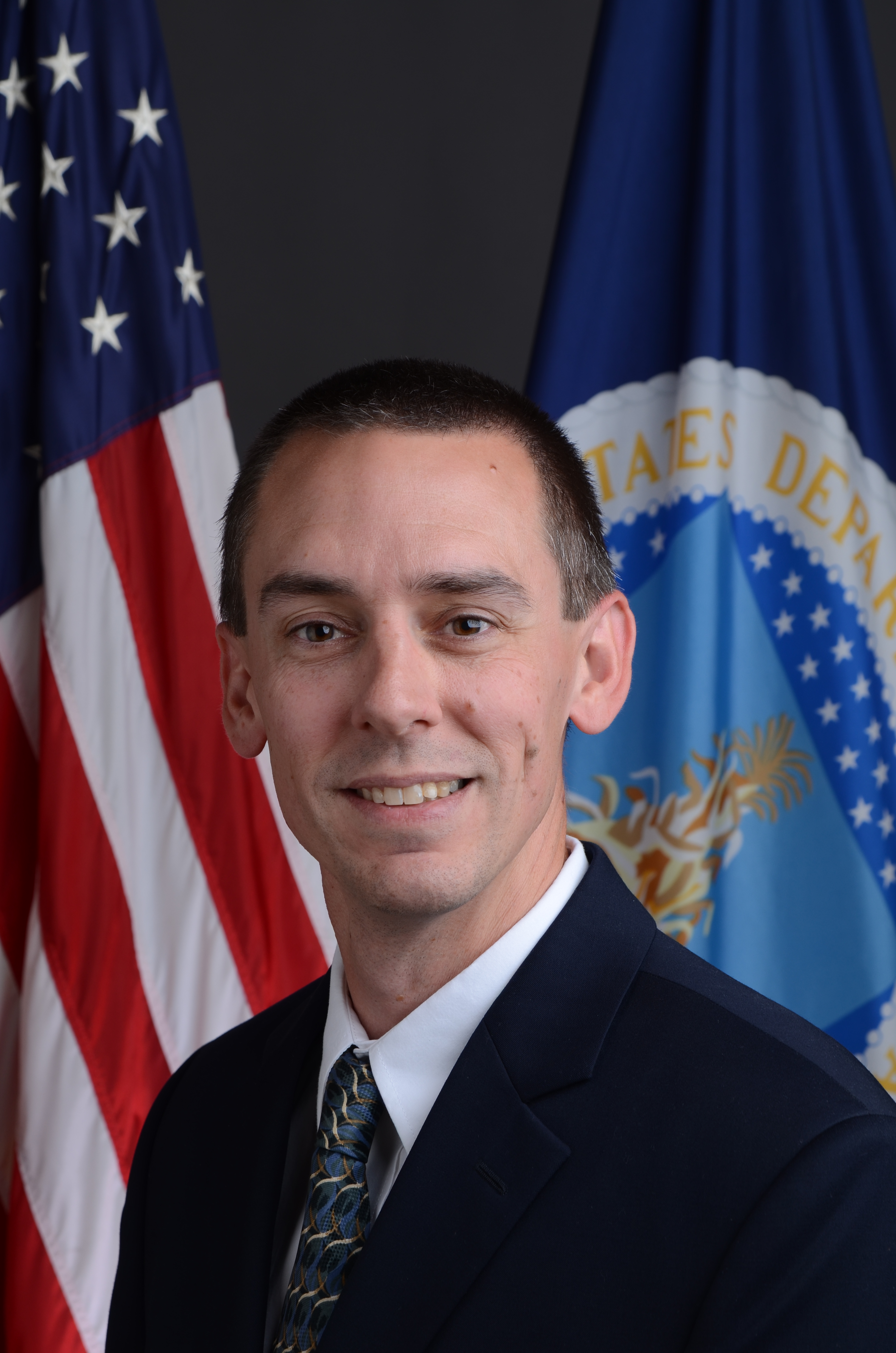 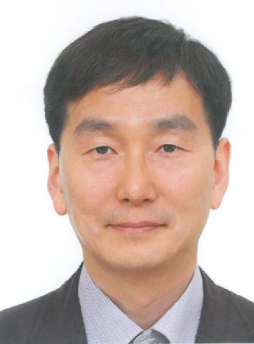 Dr. Kim is leading the Weather Impact Research team of the National Institute of Meteorological Services (NIMS) of the Korea Meteorological Administration (KMA). His research interest is in biometeorology including heat and cold stress assessment of human, pollen allergy forecast, impact-based forecast, and agro-meteorology. He is working on practical utilization of KMA’s operational numerical weather prediction (NWP) model outputs in agricultural field. He has developed a forecast system for leaf wetness and wind speed at farms based on operational NWP and machine learning models. 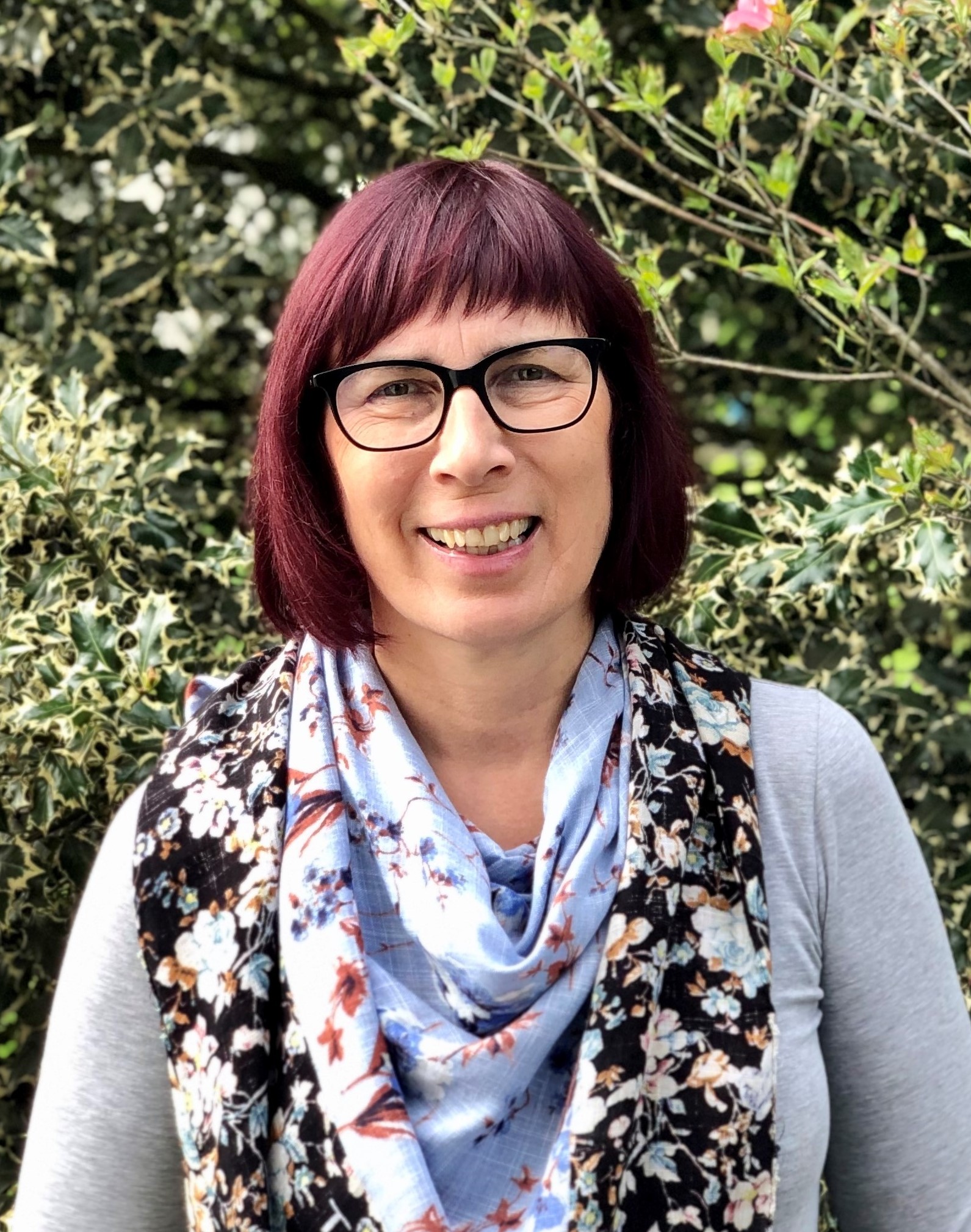 Andreja Sušnik is an agronomist by education and holds a PhD in Agronomy from the Biotechnical Faculty of the University of Ljubljana. She worked as an agrometeorologist at the Hydrometeorological Institute of Slovenia between 1992-2007.  From 2007 she is Head of Section for Meteorological Support to Agriculture in the frame of the Slovenian Environment Agency (ARSO).  The main focus of her work is the development of very diverse agrometeorological services, tools, and analysis for different stakeholders in agriculture, preparation of strategic documents related to vulnerability assessments and adaptation of agriculture to climate variability and climate change, last 15 years mainly focusing on the development of drought monitoring tools, methodologies and management measures on a national and international scale. In this context, she has been successfully coordinating several national and international projects and initiatives and is part of a number of international working groups on the topic, including with UNCCD and WMO. 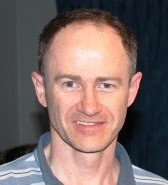 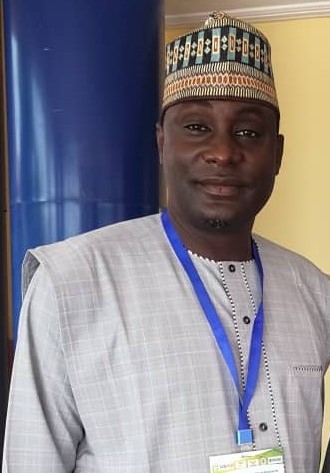 James Ijampy Adamu is the Chief Agricultural Meteorologist of the Nigerian Meteorological Agency. He is the team Lead of the Seasonal Climate Prediction also the Focal Point for the WMO METAGRI project in Nigeria. He is engaged in the integration of Climate Services to agricultural activity, Climate change adaptation in Agriculture and the downscaling of Seasonal Climate Outlook to rural communities. In striving to improve relationships and connections between meteorologist, users and decision-makers, Mr. Adamu is also part of the Multi-disciplinary Working Group (MWG) in Nigeria, a core member of the Food Security Cluster of Nigeria and the West Africa Seasonal Climate Outlook PRESASS and PRESAGG.

Mr. James Ali Ijampy ADAMU has trained over 75,000 rural farmers and agricultural extension agents in his career in Nigeria, mainly in areas of the application of weather and climate information in climate risk management in agriculture. 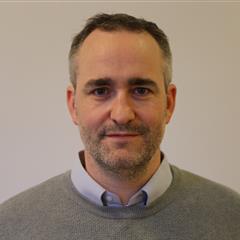 Frederik Pischke is a scientific advisor at the German Environment Agency focusing on international climate policy. With an academic background in Environmental Science, he has more than 17 years of experience in land and water resources management and the management of hydro-climatic extremes providing policy advice in high-level international sustainable development processes and multilateral and bilateral development cooperation. He has worked for intergovernmental and research institution in the Americas, Africa, Asia and Europe. 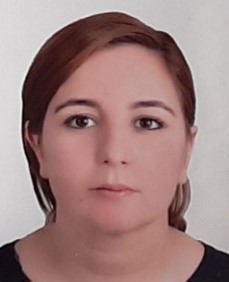 Ms. Alaouri is an engineer meteorologist graduated from HASSANIA School of Public Works (EHTP) Casablanca, Morocco. She is currently the head of Agro-meteorology, Hydrometeorology and sectoral applications entity within the National Climate Centre of the National Meteorological Service of Morocco (DGM). Meriem ALAOURI was involved in several Multi-partner projects with national and international institutions (European Union and FAO) as expert on climatology and agro-meteorology, such us the implementation of Crop Growth Monitoring System in Morocco (CGMS-Morocco) currently used to monitor the crop growth status and to predict the crop yield, and MOdelling System for Agricultural Impacts of Climate Change (FAO-MOSAICC) designed to carry out inter-disciplinary climate change impact assessment on agriculture through simulations. She is also member of the ACCAGRIMAG (for “Adaptation au Changement Climatique de l’AGRiculture du MAGhreb”) project for the implementation of parametric agricultural insurance in Morocco for cereals. Meriem ALAOURI was a member of the Inter-program Expert Team on Climate Data Modernization Program of the Commission of Climatology (World Meteorological Organization) and in 2018, she has been selected as lead author for chapter 12 (Climate change information for regional impact and for risk assessment) of the IPCC Working Group I Sixth Assessment Report. In the same year, she was elected Co-Chair for Area 3, on agrometeorological risk management, of  the commission of agricultural meteorology during the intersessional period 2018-2022 (CAgM-17). 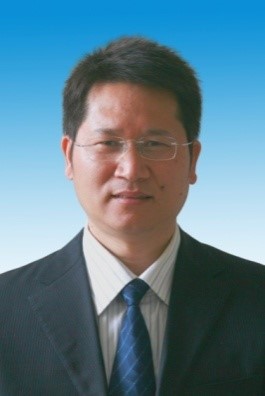 Dr. Guangsheng Zhou is a professor of the Chinese Academy of Meteorological Sciences (CAMS), China Meteorological Administration (CMA), and the Principal Investigator (PI) of Applied Meteorology of CMA. With over 25 years of experience in the fields of impacts, adaptation, and vulnerability of climate change on terrestrial ecosystems (Natural and Agricultural ecosystems). He has more recently been exploring their applications in the monitoring, evaluation, and early warning of ecosystem changes. Guangsheng holds a Ph.D. in Ecology from the University of Chinese Academy of Sciences and a Bachelor's degree in Meteorology from Nanjing University (China). 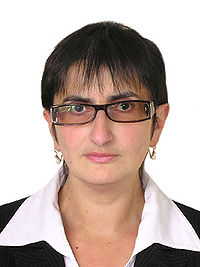 Valentina Grigoryan is the Principal Advisor to Director of “Hydrometeorology and Monitoring Center” SNCO of the Republic of Armenia. She has worked in the National Hydrometeorological Service for more than 30 years, being in charge of the hydrometeorological, agrometeorological and climate service, international relations activities. She is a nominated expert in the WMO Commission for Weather, Climate, Water and Related Environmental Services and Applications, also Valentina Grigoryan is a core member of the Standing Committee on Services for Agriculture and lead of ET on Agromet Capacity Development and Communications. She also serves as the Focal Point of WMO-INTAD6, GCOS. She is an experienced expert on Agricultural Meteorology and Capacity building. She was an Academic Coordinator with a demonstrated history of working in the higher education industry. Currently, Valentina Grigoryan is involved in various projects collaborating with different international organizations.

Click to come back to the SC-AGR webpage or SERCOM homepage.