Winter conditions are challenging to all aviation and include several hazardous phenomena: Icing (aloft and at ground level), snowfall, reduced visibility and inversion. These phenomena can occur simultaneously or separatelySmall aircraft, rotorcraft and remotely piloted aircraft systems (RPAS) are especially influenced by winter weather due to their small size, low flight altitude and propulsion system.

For aviation, icing is significant weather regardless of intensity and vertical location (at ground level or aloft). Icing can be from: freezing rain (FZRA), freezing drizzle (FRDZ) freezing fog (FZFG) and rime formation. See here.

Freezing rain and freezing drizzle are supercooled water freezing on impact to any surface. Ice accretion in freezing rain can be rapid and amounts can be significant. Ice build-up is hazardous to airframes, ground equipment (vehicles and radars) and other infrastructure (power lines etc.) Runway de-icing is also a significant challenge in freezing rain events. Ice as well as snow affects airplanes themselves and shall be removed before take-off during de-icing activity at airport.

In freezing fog, ice accretion is slower but visibility is seriously reduced, below 1000m.

Hoar frost formation occurs in clear, calm weather and is quite slow. Rime ice mostly influences buildings and other structures such as radar and instrument towers. Parked aircraft can be rimed if parked outside overnight or for longer periods. Hoar frost can occur in temperature inversion. This phenomenon with a severe intensity can cause runways to be iced, too.

Snowfall reduces visibility, clings to surfaces (especially moist snow) and prompts runway maintenance procedures. Any snow must be cleared from airframes before take-off. Although snowfall is routinely forecast, and rarely a challenging event, snowfall can present significant logistic challenges to airport management. Time between de-icing and take-off cannot exceed snow buildup time, usually 15 minutes. In such case aircraft must undergo a second de-icing procedure. De-icing requirement combined with runway clearance is a major challenge to airport management and can cause significant delays at airports experiencing few snowfall events. See here. 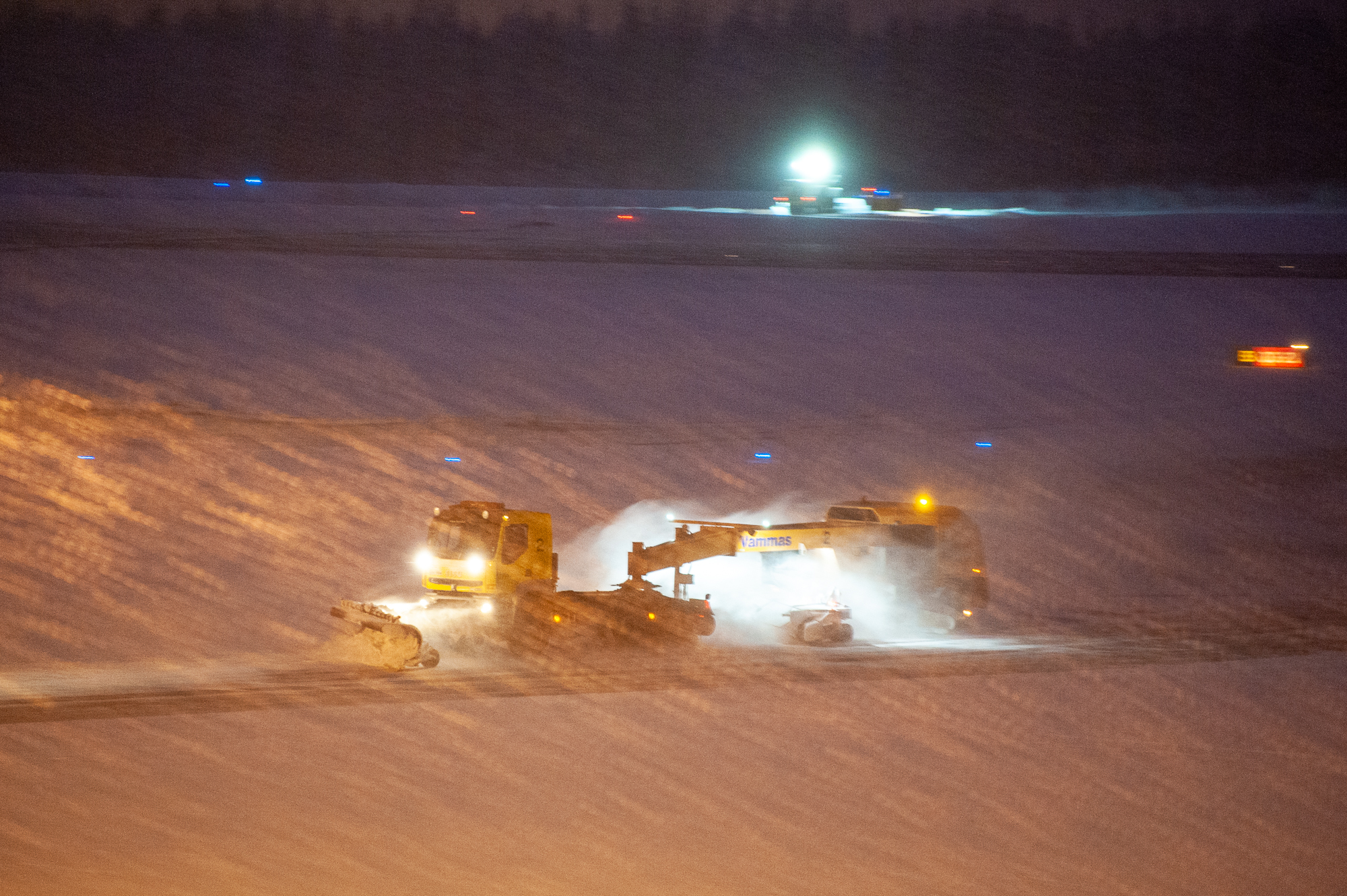 Inversion where colder air is near the surface will prevent convection near the surface, and so will trap any particles (ice crystals, fog, smoke, etc.) near the surface leading to reduced visibility. Cold temperatures, below -20 C, induce ice crystal formation reducing visibility further. Cold air increases aircraft wing lift and in landing can lead to overshoot or overrun. Inversion can be accompanied with change in wind direction and speed.

These phenomena or combination of thecause adverse consequences: skidding off the runway due to low friction, ice/snow buildup on airframes and structures, aeroplane unable to land due to poor visibility and subsequent diversion to another airport. 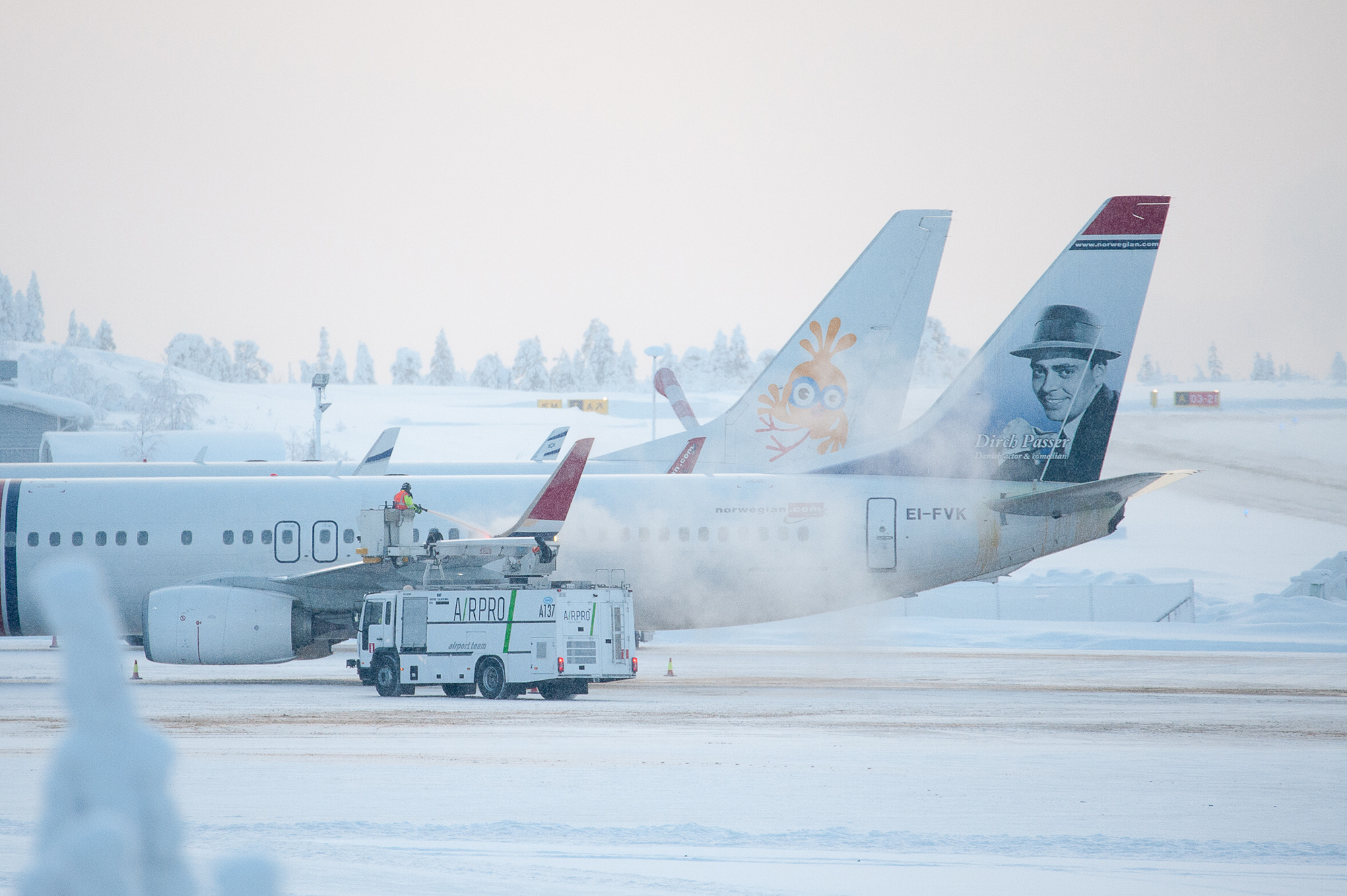 elays and congestion due to winter weather and significant economic losses. Few studies are conducted on the psychological impacts to the airport personnel and passengers and the associate